Economic Perspective for the Mining Sector 2013

April 3rd, 2013 - Toronto, Canada - The past four years have been turbulent, to say the least, for the global economy, and particularly so for the mining sector.  The outlook for 2013 is still very much unpredictable.  In the wake of PDAC 2013, the general climate seems to be one of very cautious optimism, however very recent events in Europe have caused great deal of concern in the sector.

There is clear indication that there will be an increase in M&A activity in the sector and that the major players will increase divestitures to focus on core commodities. This in turn should benefit some of the mid-tiers, which are in a position to make some acquisitions.  This is supported by the recent survey conducted by Pedersen & Partners, for which nearly 80% of the mining companies surveyed suggested that M&A activity will likely be part of their 2013 strategy.

Looking back over the last few years, it is highly reasonable to see some level of hesitation on the market, the global recession beginning in the second half of 2008 sent commodity prices, stock prices, and market caps in the mining sector into a tailspin, which continued through the first half of 2009.  The sector responded through restructurings and production cuts as well as expenditure reduction, and by the second half of 2009, the sector as a whole was rallying and continued to rebound through 2010.  Market caps returned to almost the same levels as 2007 and there was increased optimism that the sector would continue its upward momentum due to the growing demand for commodities from emerging markets.

2011 proved the expectation of continued growth to be overly optimistic as, although commodity prices were rising and there was considerable merger and acquisition activity, market caps began to drop considerably toward the end of 2011.  Shareholders were not seeing their expected return on investment, particularly among the juniors, and confidence in the mining sector began to flag due to lowering of ROI for investors in the sector.

Increasing optimism that the market would rally marked the first half of 2012, with some predicting a banner year for mining M&A, driven by large companies with a surplus of capital and opportunistic mid-tier companies.  However, the US Fiscal cliff and the European Economic Crisis in addition to increased capital cost caused resulted in fewer financings and less capital raised, and the during the second half of 2012 the outlook for the market became much bleaker.  To exacerbate matters, demand for resources and capital coming in from the BRIC economies began to flag as their economies began to decelerate.

Returning to 2013, increased M&A may facilitate some growth in the industry, particularly among the mid-tiers.  Many of the small mining firms with market caps less than 10 million USD, will not survive through the next year.  Those with proven projects and strong management reputations may be subject to acquisitions or find more fluid funding through private equity, streaming, flow through shares and eventually, some institutional financing.

We have surveyed some 160 companies across the sector regarding issues of concern in predicting the economic outlook for the mining sector in 2013.  We are pleased to present to you a summary of this year’s survey.

• Survey opened December 15, 2012 and closed February 2013
• Increasing number of companies with market caps below 25 million the last two years
• Overall perspective appears to be one of cautious optimism with most respondents predicting that 2013 will be very similar to the situation of 2012 or improving somewhat, with only 24% expecting further contraction of economic conditions.
• The perception is that this is an auspicious time in the market cycle to make acquisitions, but a difficult time to secure capital for acquisitions, however we have recently seen an increase in M&A, and according to respondents 47% expect M&A to be a part of their growth strategy this year, 31% saying it would be a possibility for the right opportunity and only 22% ruling it out.
• Securing Financing, Commodity Values, and Skills Shortages are the highest concerns moving forward in 2013.
• Surprisingly, 59% of respondents expect to see an increase in market capitalization through 2013, and only 8% expect to see a decrease.
• Respondents indicate that the strength of emerging markets, even in light of a slowing growth rate, will provide greater access to financing and increase the odds of being the object of an acquisition.
• Although regulatory requirements are increasing globally in the exploration and mining sectors, 54% of respondents do not expect it to affect their operational strategy, while 26% do, and 20% are unsure.
• In spite of the fact that market caps and share prices are down across the board, 28% indicate they will be hiring new employees, 5% indicate they will be bringing back staff that were laid off, 50% will maintain their current staffing levels, and only 15% suggest they will be restructuring.
• Many of the junior companies with the lowest market caps will disappear or seek mergers in order to increase capital.  As a result, the number of publically traded companies in the sector will be greatly reduced over the next year, which should in turn benefit some of the larger juniors with strong projects and healthy market caps. 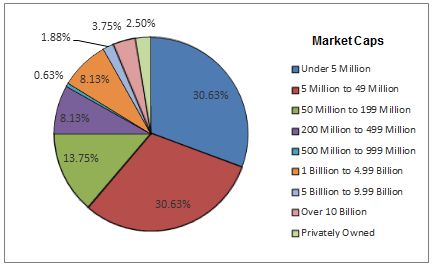 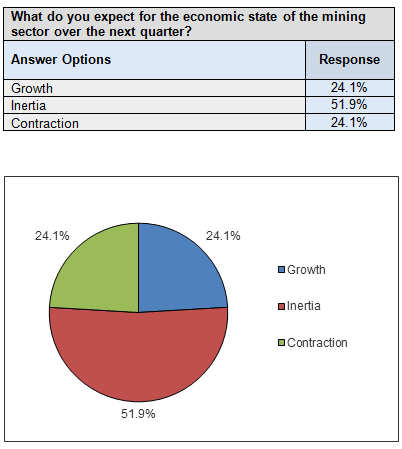 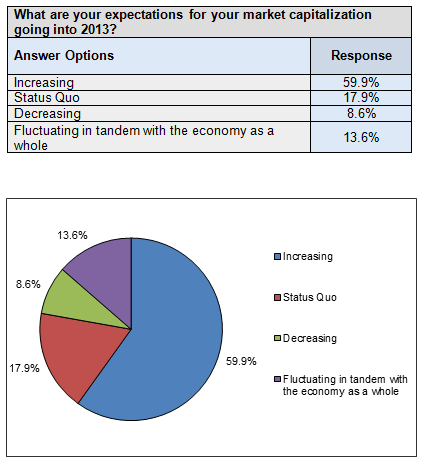 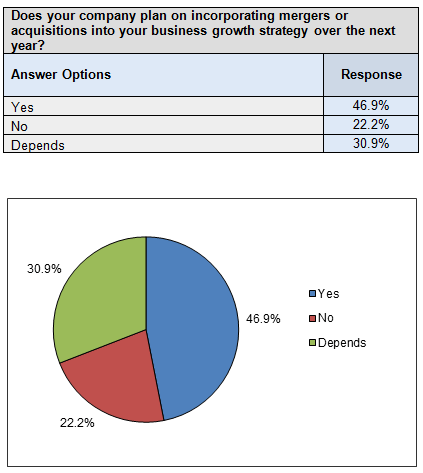 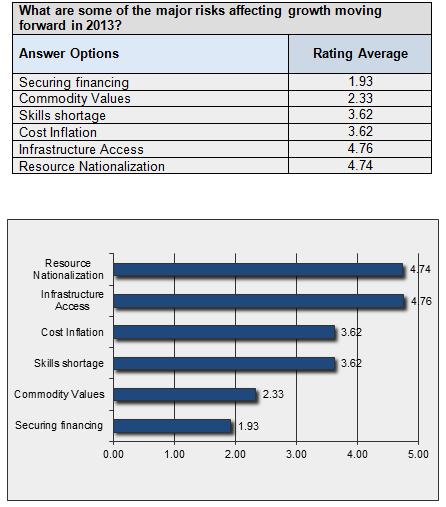 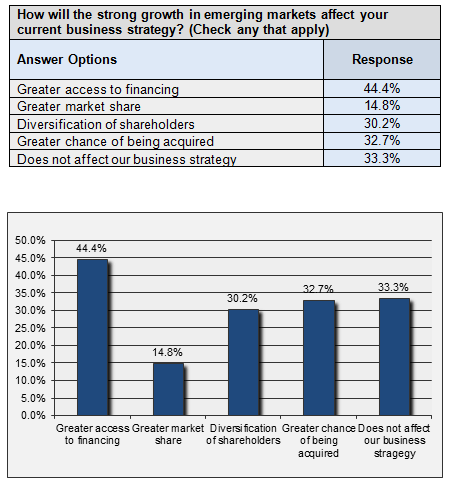 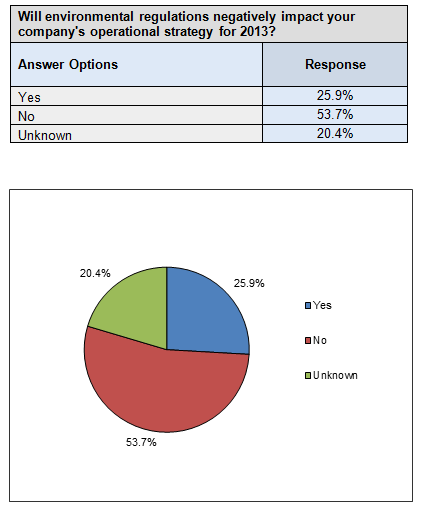 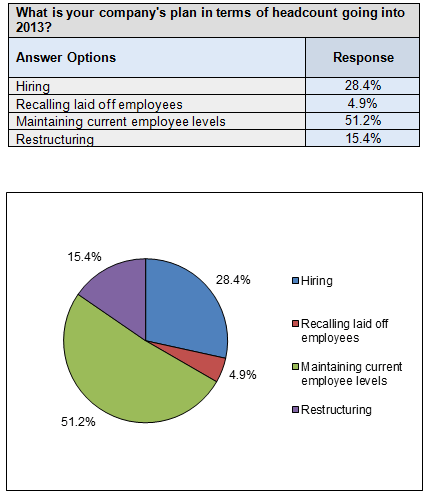 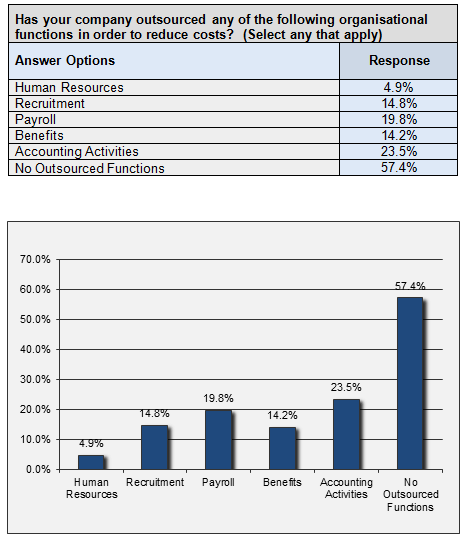 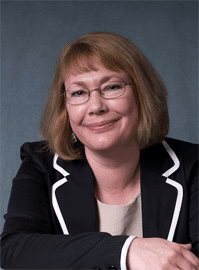 Mary Murray is a Consultant at Pedersen & Partners. Ms. Murray has extensive Executive Search experience in the mining sector, both in Canada as well as internationally. In the course of her career, she has worked for two Executive Search firms specializing in the mining and natural resource industries. Prior to that, Ms. Murray has held several HR/business roles for top industrial clients: GE Water and Process Technologies, Hatch, ABB and UPS Logistics.