July 31st, 2013 - Bucharest, Romania - Quite often confused with coaching or being a "role model", mentoring is probably the oldest and vaguely defined form of development at the individual level. Without having a clear agenda like coaching, but with a long-lasting interaction, mentoring can take place at all levels.

In companies, its formalisation came after the '70s, as an innovation in management and in response to different needs: the integration of new employees into the company, knowledge transfer, career development and retention of valuable people.

The distinction from the "role model"

The relationship with a “role model” is one of trust and maximum openness; as we have a "counselor" for the most important moments in life. Confidence in his competence and admiration for his extensive experience remain the basic ingredients of the relationship.  The difference of mentoring is the intentional influence that a mentor exerts in our lives.

An excessively professional ego can harm

Increasingly less people say that they have a mentor. At the same time, increasingly more are convinced that they managed themselves in their careers and that they don’t feel the need of having a mentor.  I think one of the biggest obstacles in recognizing the need and virtues of mentoring is the excessive professional ego, sored like a soap bubble during the economic growth and now fed by memories of bravery since.

Formal or informal mentoring is initiated by the one who needs guidance. Self-sufficiency, arrogance and fear and the feeling to not appear weak in various organizational contexts seek to stop us to find a mentor, to recognize those who can play this role and help us evolve faster.

We have the need and we know where to find mentors

At first, in the 90s, in many cases we could not find our mentors, a fact that sabotaged the assimilation of how the concept works. Certainly, after a generation of managers who adapted on the go and another newly formed that have been educated at elite schools and grew with market principles, now we can.

Formal mentoring and its problems

Formal or informal mentoring process is initiated and managed by the mentee, depending on needs, objectives and circumstances or specific questions. The disadvantage of corporate programs is that even if a mentee can choose the mentor from the company "offer", there is a significant dose of artificial process: often mentees don’t really know the people from which they have to choose a mentor. They might know their performance, but not the context in which they have obtained it and which may have limited relevance for them. In addition, a mentee has to start from scratch in building that trust base, essential to open and honest discussion.

From a mentor to several

As the roles and career changes evolve every three or four years, it is unrealistic to have a single mentor to guide you. What works now is a network of mentors with relevant experience points and different situations in life. 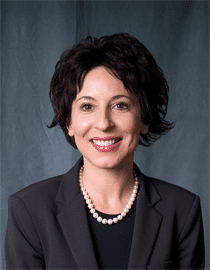 Mona Neagoe is a Partner at Pedersen & Partners and the Country Manager for Romania; she also oversees Hungary, Serbia, Slovenia, Croatia and Moldova. Ms. Neagoe joined Pedersen & Partners in 2005 and since then she has completed over 350 successful projects within the Private Equity, Financial Services, Consulting, Technology, FMCG, Pharmaceutical and Manufacturing sectors in Romania and CEE countries. Previously, she worked for ten years with Andersen/Ernst & Young in audit, transaction advisory and business risk services.

Mona Neagoe graduated from the Academy of Economic Studies in Bucharest and holds an Executive MBA from IEDC Slovenia. In addition to her native Romanian, she speaks fluent English.