The future of agriculture will be directly impacted by two of humanity’s biggest challenges: population growth and climate change. With more mouths to feed, less planet to feed them on, and increasingly alarming predictions of environmental shifts, agricultural innovators must figure out how to grow more food, faster and with fewer resources. The implementation of digital technologies will help scale up the planet’s food production mechanisms sustainably. We looked at two major trends, and spoke to stakeholders. 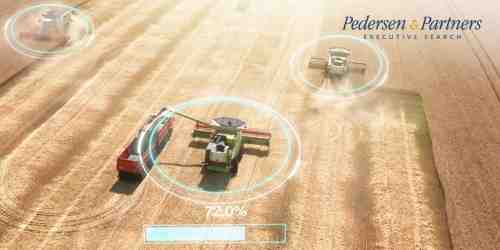 Precision farming combines information science with agricultural engineering, harvesting massive amounts of data from the farming process. Using technological advances such as advanced sensors, machine learning, and artificial intelligence for data processing, precision farming helps monitor big-picture environmental factors, including weather patterns, water distribution, and soil chemistry, as well as tiny measurements such as nutrient deficiencies in individual plants. Described as the next “digital revolution” for agriculture, precision farming has already been shown to increase crop yields while reducing fertilizer and pesticide use, which decreases the pollution of groundwater and depletion of non-renewable resources such as phosphorus.

GPS may not seem like a radical new technology now, but its integration into John Deere tractors in 2001 allowed location data to be collected to within a few centimetres. This innovation reduced fuel costs for tractors by as much as 40%, preventing them from covering redundant areas or missing a spot.

Dutch farmers are the world’s top exporters of potatoes and onions, and the world’s second-largest exporter of vegetables by overall value. By using precision farming technology, such as driverless tractors tilling specific land areas and quadcopter drones collecting data on soil chemistry, water content, nutrients, and growth, the Dutch have more than doubled the per-acre potato yield compared to the global average, and reduced water dependence by 90%.

With the rise of powerful agritech tools, making sense of data is becoming easier. Machine learning and advanced analytic tools are already being used to mine agricultural data in various ways. Plant breeders can apply these tools before the seeds are planted. Machine learning can predict which traits and genes will be best for crop production, giving farmers the best cultivars for their location and climate. At the field level, machine learning techniques use satellite data to distinguish between crops such as corn and soy, providing valuable information for crop insurance, logistics, and commodity markets. The intersection of robotics and data from an increasingly connected farm will accelerate this trend further.

Farm robotics are getting better and better, and the viability of this technology is being explored across the agricultural value chain – from planting, through harvesting and meat processing, to grocery logistics. John Deere spent $305 million in 2017 to acquire Blue River Technology, a startup that makes robots which are capable of identifying weeds and spraying them with high-precision herbicide, reducing input costs and increasing efficiency. There is also a new demand for robotics as a service, especially for fruit-picking. By 2024, the agbot industry is projected to be worth an estimated $5.7 billion, a fivefold increase from 2016. Moreover, a myriad of remote sensing techniques, including in-field sensors, drones, and satellite imagery, allow farmers to view their crops from multiple perspectives. With advances in computing and sensor technology, farmers can now access high-cadence, broad-area coverage with field-level detail. These technologies provide farmers with up-to-date information in real-time, so changes can be made to their crops accordingly. 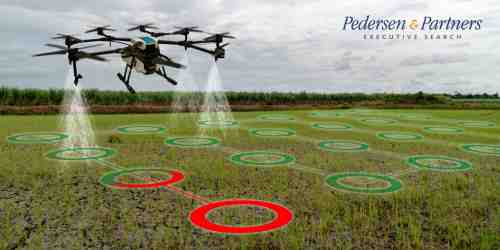 The advances described above represent a global trend, but are not yet globally adopted.

What will it take for data-enabled farming to go mainstream? “Across the world, we see our customers not only taking more of an interest in these technologies, but actually testing them where they are applicable,” says Bernhard Schmitz, who heads the central digital development unit for AGCO Corporation. “But this trend strongly varies from one part of the world to another.”

For instance, demand in big farming nations like India is still lagging behind. Surely for these trends to sweep the globe and become available to Asia’s 144 million farmers, basic digital literacy must be the first step. While many of these farmers now have access to smartphones, very few are using them in their agricultural work. Once these farmers are connected to the agritech infrastructure and can use these technologies to enable data-driven decision making, they too will be able to join the digital green revolution.

Whether it is precision or autonomous farming, the next decade of farming will be strongly impacted by data-driven technologies. There is already a multitude of solutions on the market that are ready to be commercialised. Nevertheless, farmers' readiness to adopt the new wealth of technologies is lagging behind in large parts of the world. Big players and OEMs in farming will have to act as evangelists and watch out for digital talent to bring the merit of new solutions to the rural parts of the planet, where the majority of agricultural products are grown. 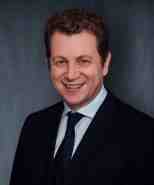 Magnus Alexander Wied is a Principal at Pedersen & Partners based in Frankfurt, Germany. Mr. Wied brings with him 15 years of business development, strategic communications and corporate innovation experience in a variety of industries. In the beginning of his career, Mr. Wied applied his legal and psychology studies at law firms and government institutions, later pivoting his career to take on strategic communications and public relations roles. After leaving specialty chemicals maker Huntsman Corporation where he headed Global Communications and Public Affairs he focused on digital transformation challenges in different industries and engaged deeply with the German start-up scene. Prior to joining Pedersen & Partners, Mr. Wied led his own company Magnus Associates, where his projects included the setup and marketing of next47, the independent investment arm of Siemens.

Mr. Wied is admitted to the German bar and holds an LL.M from Stellenbosch University, in Stellenbosch, South Africa. In addition to his native German, he is fluent in English and can communicate in French and Italian.

With contributions from the global AgriTech team: 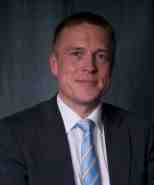 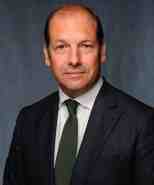 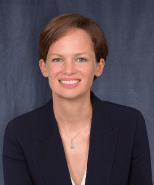 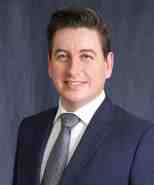