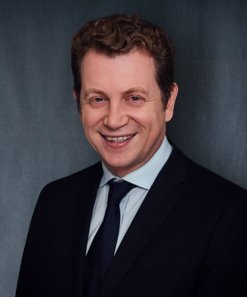 Magnus Alexander Wied is a Principal at Pedersen & Partners based in Frankfurt, Germany. Mr. Wied brings with him 15 years of business development, strategic communications and corporate innovation experience in a variety of industries. In the beginning of his career, Mr. Wied applied his legal and psychology studies at law firms and government institutions, later pivoting his career to take on strategic communications and public relations roles. After leaving specialty chemicals maker Huntsman Corporation where he headed Global Communications and Public Affairs he focused on digital transformation challenges in different industries and engaged deeply with the German start-up scene. Prior to joining Pedersen & Partners, Mr. Wied led his own company Magnus Associates, where his projects included the setup and marketing of next47, the independent investment arm of Siemens.

Mr. Wied is admitted to the German bar and holds an LL.M from Stellenbosch University, in Stellenbosch, South Africa. In addition to his native German, he is fluent in English and can communicate in French and Italian.