On May 1, the Czech Republic will celebrate two years in the European Union. With this anniversary fast approaching, it seems a good time to review the impact that entry has had on the labor market in the country and in the region. Additionally, this date is a key one for those countries that may wish to retain their barriers to Czechs and nationals of other new member states seeking work abroad. It’s worth taking some time to look at how migration within the expanded EU has affected the Europe-wide labor market since accession. 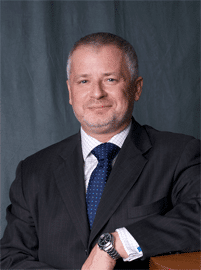 It’s clear that joining the EU has increased the pace of foreign investment and put certain skills in short supply, particularly in finance and IT. Some observers had suggested that the comparative openness to investment that already existed before EU entry would mean that there was little more investment on its way. But those fears proved unfounded as a whole wave of smaller companies discovered the benefits of investing in the Czech Republic, and small, local cross-border trade became more routine without the complexities of border control.

As a result, the variety of opportunities for young professionals in their own country has never been greater. If any one factor has ensured that the Czech labor market hasn’t suffered from outbound migration, it’s the existence of opportunities that people can make the most of at home, without needing to move.

This contrasts quite strongly with neighboring Poland’s case, for example, where continued high levels of unemployment, particularly in the regions, ensure that Polish nationals are the most likely to seek work elsewhere in the EU. The historical willingness of a certain number of Polish people to move, particularly to places where there is already a large Polish population, is obvious from the high numbers moving to the U.K. Their presence is clearly felt, even by visitors passing through; during a recent business trip to London, one of Ernst & Young’s Polish managers reported being served by his countrymen in 80 percent of the restaurants and bars he visited.

High Demand in Some Sectors

Prague and to a lesser extent Budapest remain the cities of choice for companies to establish both regional head offices and support centers or shared service centers. However, the sheer number of these operations means that they can increasingly be found in many other countries across the region, as well as in cities other than the capitals. The outlook remains bright as more investment plans come through the pipeline, and as recent investors such as logistics company DHL or petroleum company ExxonMobil publicize the success of their moves here.

Slovakia continues to focus more on manufacturing than on services, and it’s well documented that it now produces more cars per capita than any other country in the world. The recent boom there means the Bratislava region is almost “sold out” from an employment perspective, but other parts of the country are starting to catch up as well.

The handful of foreign investors who’ve been in the regions for some time report strong demand for their people, as new investors seek the few local staff with experience in Western-owned companies.

The Baltic states are also experiencing similar shortages. Several companies have reported severe shortages in many sectors, as a few major investments disproportionately skew the smaller labor markets. At the same time, the lifting of immigration restrictions, for example to the U.K., has been disproportionately appealing to the Baltic nations as well as Poland. In one unprecedented example of this transition, Lithuania’s unemployment has been cut in half in less than a year. Correspondingly, labor costs there are also rising rapidly.

Outside the new EU member states, Russia continues to boom, as does Romania and Bulgaria, where EU accession is targeted for 2007 or 2008. The proximity to the EU and labor costs in the regions that are almost as attractive as those in China mean that these are the next hot spots for an influx of manufacturing jobs.

The next interesting development will be to see which companies move their overall European head offices, not just the regional centers, to cities in the new EU member countries. The old business model of locating the head office at the site of the company’s main operations is becoming obsolete. As companies constantly re-engineer their supply chains to move manufacturing into low-cost locations, whether in China, Slovakia or Romania, there are more and more relocations of pan-European head offices from cities such as London and Paris to places like Geneva and Zurich.

Switzerland, with its business-friendly tax environment and its high standard of living, has long made a play for this type of investment, to the extent that executive housing and international schooling are now in short supply. How much longer will it be before the Czech and Hungarian and other governments catch on to the income tax base, spending power and opportunities that foreign business centers can provide to the local labor market?

It can only be a matter of time before more foreign business centers make their way here, and at that point we’ll have to re-evaluate whether the term “emerging market” is still relevant.

The benefits of accession, though, have fallen unevenly throughout the region. How much of Slovakia’s strong growth is linked with EU accession and how much with its pioneering 19 percent flat tax rate is unclear. The tax rate has certainly put the country on the map of potential locations for many investors, but it’s unclear whether this would have done much good without its convenient location and newly opened borders.

The great unknown prior to accession was the extent to which people would take advantage of the EU’s Free Movement of Labor principle to move to the older member states. Before 2004, there was much concern about migration, both from countries worried about dealing with hordes of inbound migrant labor, and countries worried about the loss of skilled workers who would seek higher pay abroad.

A Wave of Workers

Ultimately, only the U.K., Ireland and Sweden were brave enough to lift the restrictions from the first day, and much evidence seems to suggest that many of the concerns were unjustified, as sustainable numbers have assimilated into the domestic markets quite comfortably. A bigger question is whether Germany and Austria are prepared to keep their restrictions in place. They may instead be swayed by the U.K. Home Office’s estimate of a ₤ 500 million (€ 727 million) net contribution to the economy since the 10 new countries’ accession. Other countries are adapting to the changing labor market step by step; in the Netherlands, accession country nationals can work as providers of services for other EU employers, if not yet as Dutch local employees.

In the coming years, the rapid growth of the new EU members seems to be assured, at least in the medium-term, and the prospects for employees in these countries, and for those seeking work elsewhere, remain bright.

Pedersen & Partners launches Global Shared Services Practice Group and appoints Paul Inman as Group Head
August 07, 2020
Press Releases
The growth and future of e-commerce in the Middle East
August 06, 2020
Insights
Rebecca Boudreaux, Oberon Fuels President and Director: "It’s hard for individuals to be well-rounded but it’s not hard for teams to be – if you do it right"
August 06, 2020
Insights
Ahmet Hasanbeseoglu talks to Pedersen & Partners about the Digital Transformation of Unilever’s supply chain, and the impact on talent acquisition and retention
July 31, 2020
Insights
Insights into Telehealth, Health Technology, and MedTech
July 24, 2020
Insights