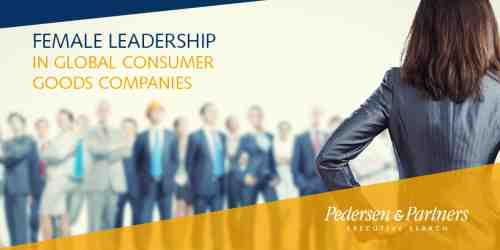 The late US Supreme Court Judge Ruth Bader Ginsburg famously said that “Women belong in all places where decisions are being made.” In corporations, however, it has historically been difficult to find women in places where decisions are made – in leadership roles.  In the quarter-century since the concept of workforce diversity was added to the principles of business operation, emerging and mature economies have made commitments to increase female representation at all levels. While some progress has been made, global social movements such as #MeToo have unearthed the underrepresentation of women at all levels. According to the European Commission’s Gender Equality Strategy 2020-2025, only 7.5% of board chairs and 7.7% of CEOs are women. [1]

In different geographies we see similar signs of female under-representation in business as one of our respondents, Monica Contreras Esper, points out stating that “In Colombia independent female non-executive board members represent only 7%.” To uncover the application of corporate diversity strategies in the consumer sector, we spoke to executives at leading global FMCG companies about their views on gender diversity, the measures taken, and the results that have been achieved.

Gender Balance on the Top Leadership Agenda Within the Consumer Industry

When engaging with industry insiders it does seem that companies in the consumer industry are having gender balance on their leadership level agenda as indicated by former VP GM for the Andean Region at Pepsico, Monica Contreras Esper: “In recent years, diversity and inclusion have become key factors in the consumer-packaged goods sector. Increasing female representation has been even more important, as we understand the critical role of women as decision-making agents.”

The Coca-Cola Company also has the topic top of mind as explained by Nicoleta Eftimiu, the company’s Central Europe General Manager: “Diversity and inclusion are the heart of our values and crucial to Coca-Cola’s success. Gender equality is an important driver of business and key element of our values. Creating a diverse workforce and inclusive workplace is a strategic business priority.”

From a talent pipeline perspective, Executive Search firm Pedersen & Partners further noticed a clear trend among its consumer clients: “Today’s progressive corporations seem to not only realise the added value that their female employees bring, but require candidates who are representative of the changing social structure of our economies, and can impact the ways in which a more balanced leadership team builds a healthier and more productive corporate culture,” says Kristian Pedersen, Global Consumer & Retail Practice Head at Pedersen & Partners.

While there seems to be consensus that more women in leadership is something to strive for it does beg the question of how to ensure this.

In 1996 Scholars Robin J. Ely, Diane Doerge Wilson Professor of Business Administration at Harvard Business School and David A. Thomas, H. Naylor Fitzhugh Professor Emeritus at Harvard Business School published “Making Differences Matter: A New Paradigm for Managing Diversity,” [2]  and were among the first to argue that companies adopting a radically new way of understanding and leveraging diversity could reap the real and full benefits of a diverse workforce.

In 2020, almost a quarter of a century later, they opine that “organisations have largely failed to adopt a learning orientation toward diversity and are no closer to reaping its benefits […] Increasing diversity does not, by itself, increase effectiveness; what matters is how an organization harnesses diversity, and whether it’s willing to reshape its power structure. [3]

In order to really make progress towards greater gender balance in leadership it seems that companies need to start with strong goals that are well formulated and communicated internally and externally so that they become an integral part of the company identity.

“Globally, our goal at Coca-Cola is to be 50% led by women” said Nicoleta Eftimiu. A good gauge that this clear goal setting is working is the progress the company is making towards its stated goal and Nicoleta continues “At Coca-Cola, women currently make up 34.7% of all senior global leaders, up from 23% in 2008; and 44.8% of mid-level managers are female, up from 28% 12 years ago. Five of the company’s 13 board members are also women.”

Unilever is another early proponent of inclusion strategies, that in 2010 set the clear goal of reaching gender parity across management by 2020. At that time Unilever had women in 38% of managerial positions and they achieved their goal of 50/50 gender representation one year early even reaching 50% female representation on their non-executive board.  Rizwana Butler, Unilever VP for HR East Europe says that

“Looking back at the beginning of my career, gender balance was not top of the business agenda… but gender equality has become a policy that is not just good for business, but for society as well”.

…And Continues in the Hiring Process

Having the goals and intentions to reach gender balance is great but getting it implemented is a longer road. The executives we spoke to on the subject point to hiring as a key part of this process when ensuring that management and executive teams are representative of the fabric of the society where the company operates, both on regional and global levels.

Dorota Palysiewicz, HRD for Poland and Developing Europe, of spirits maker Brown-Forman notes that the company has implemented “gender balance requirements in the recruitment processes – at both the CV and interview level.”

“At Unilever,” says Rizwana Butler, “every senior position has a 50:50 shortlist regardless of whether candidates are external or internal” and at Coca-Cola, Nicoleta Eftimiu mentions that “we have a global policy that states women are to be represented in all job interview panels and women are on the shortlist of candidates for all positions.” Likewise, in Pepsico where Monica Contreras Esper points out that “In the case of open positions, the same proportion of men and women are presented for the hiring process.”

“Business growth as a company strategy is no longer geared exclusively towards financial results and expansion. Clients look for gender diversity and multicultural backgrounds in the shortlist when recruiting for critical roles, as these executives lead diverse teams across the world. As teams grow more remote, bridging perspectives and encouraging exchanges among employees will be vital for the success of companies,” says Kairi Raudmets, Consultant with the Global Consumer & Retail Practice Group at Pedersen & Partners.

Ensuring you have women represented in the hiring process is crucial but it does not ensure that they are staying, growing, and ascending in the roles or in any given company as many women find it difficult to work in an environment that is otherwise male-dominated.

Pepsico has implemented a Female Executive Council across the regions, with associations of women in the countries where it has a presence, and frequently connects with governmental programs to develop and execute more robust diversity plans.

In Coca-Cola Nicoleta continues “Our Global Women’s Leadership Council created the Women in Leadership Program, and has helped accelerate the careers of more than 850 women so far. Women’s Linc (Lead Inspire Connect) is a Business Resource Group designed to help women grow in their careers. It’s the largest Business Resource Group at Coca-Cola, with more than 5,000 members from more than 70 countries and 14 chapters.”

“At HEINEKEN Global there is a dedicated I&D department that shapes the strategy and drives the I&D agenda, bringing the inclusive behaviours to life, by building awareness, content and shaping a large community around the world. This community consists of almost 200 I&D Ambassadors – I am one of them – that put together and implement the I&D agenda together with senior leaders at Head Office, Regional offices and operating companies,” notes Codruta Berbecaru, Heineken Company’s Global Consumer & Market Insights for International Brands & Craft.

It is also worth noting that programs for networking and coaching are common practices in order to support female inclusion. “At Pepsico, as a part of the different initiatives you can find a robust agenda about coaching, mentoring and sponsorships where women are supporting other women, and also the programs of ‘They as Allies,’” mentioned Monica Contreras Esper.

Mindaugas Rupsys from Mars added: “In particular, we’re looking at roles where women have historically been underrepresented. We’re also mentoring high-potential women and ensuring that all interview panels include to advance women in those roles. e.g. Women of Mars, whose goal is to provide women and men within Mars an opportunity to grow, learn and meet other professionals.”

The Way Forward for Gender Balance and Diversity

For the industry overall as well as for individual companies there is still work to be done as noted by Dorota Palysiewicz of Brown-Forman who says “that while the company is strong on setting an agenda, it has been weaker on process, with the KPIs being more informal.” In some cases it might also be a role bias for which a lot of paradigms and approach to the roles need to change in order to drive a more intentional outcome in terms of gender balance. For example, women in Sales where Codruta Berbecaru from Heineken notes “that Female candidates do not often apply, because it is somehow believed that a woman is not really suitable for a sales role in beverage categories due to various reasons.”

However, for companies having made great strides on the gender balancing it is now about the next frontier. For Unilever having achieved 50% female representation [4], it is about broadening the scope of the challenge. The company intends to continue its success by driving a generally inclusive culture, overcoming unconscious bias in the workplace against groups such as disabled people and sexual minorities, with a seven-member Global Diversity Board reporting directly to the CEO.

In conclusion, we believe the evidence from these discussions is clear: gender diversity is not a fad. However, it is also clear that consumer companies will have to press on and deploy a skilful and dedicated combination of the diverse techniques, policies, programs, and goals discussed by our interviewees in order to achieve meaningful results. As we have seen, some of the world’s best-known brands have implemented complex and effective gender diversity initiatives that have yielded real outcomes and improved gender balance at leadership level.

Strategies include goal-setting, balanced candidate shortlists and recruiting panels, as well as leadership programs, training, and mentoring. We hope other consumer companies that are on the gender balancing journey will take note of the learnings from this article and take action toward gender balance at leadership level so we can get more women in places where decisions are made. 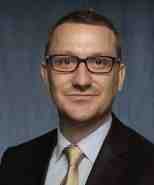 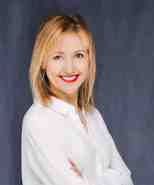 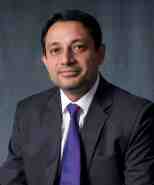 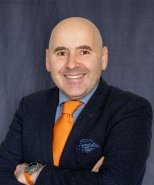 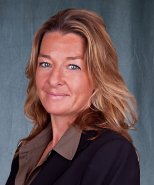