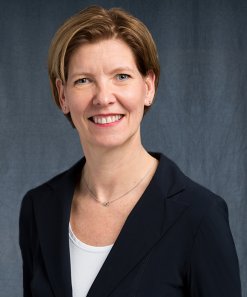 Lydia van der Meulen is a Client Partner and the Global Head of Life Sciences & Healthcare Practice Group at Pedersen & Partners, based in Amsterdam, the Netherlands. Mrs. van der Meulen has almost 25 years of global end-to-end Life Sciences Executive Search expertise. She draws on an extensive track record gained in senior-level international assignments across a broad range of leadership roles in the Pharmaceutical, Medical Technology, and Biotechnology sectors, as well as in Animal Health and AgriTech. During her career, Mrs. van der Meulen has worked for start-ups, mid-sized organisations and multinationals; publicly listed, privately held, and PE-backed firms. Prior to joining the Executive Search sector, Mrs. van der Meulen worked in Management Consulting in London and in Private Banking in the Netherlands. Between 1989-1990 Ms. Van der Meulen lived and worked in Kuwait.
In addition to her native Dutch, she speaks fluent English, as well as some German and French.
Connect:
Link to Lydia van der Meulen
E-Mail
This site uses cookies