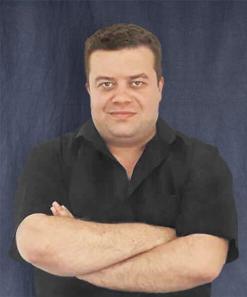 Marin Daraban is a Senior Research Consultant at Pedersen & Partners, based in Balti, Moldova. Mr. Daraban joined the firm in 2012 as a Research Analyst providing research support for Executive Search assignments across the firm’s practice groups. In 2015 Mr. Daraban was promoted to Research Associate and in this new role he has been assisting with research support for C-suite mandate execution, mainly in the Industrial sector. Prior to entering Executive Search, Mr. Daraban served as a Squad Team instructor for the Armed Forces of the Republic of Moldova and, previously as a student, he was a Sales Team and Project Lead for an international youth organisation.

Mr. Daraban holds a Master’s degree in Applied Modern Languages from the Balti State University in Moldova. Apart from his native Romanian, he speaks fluent Russian and English, can communicate in French and has a basic knowledge of German.