Sofia, Bulgaria – In late June, the Pedersen & Partners Sofia team were delighted to host their annual local “Business Meets Culture” initiative – bringing Sofia business executives and the Bulgarian intellectual and artistic elite together, and aiming to enhance cooperation and exchange between them. This year, the leading roles were taken by the celebrated Bulgarian stage and screen stars Ivan Barnev and Margita Gosheva. The event was held in the conference hall of the COSMOS Co-working Camp – a cultural monument in the heart of Sofia that has hosted meetings of Bulgaria’s most prominent poets and novelists for decades. 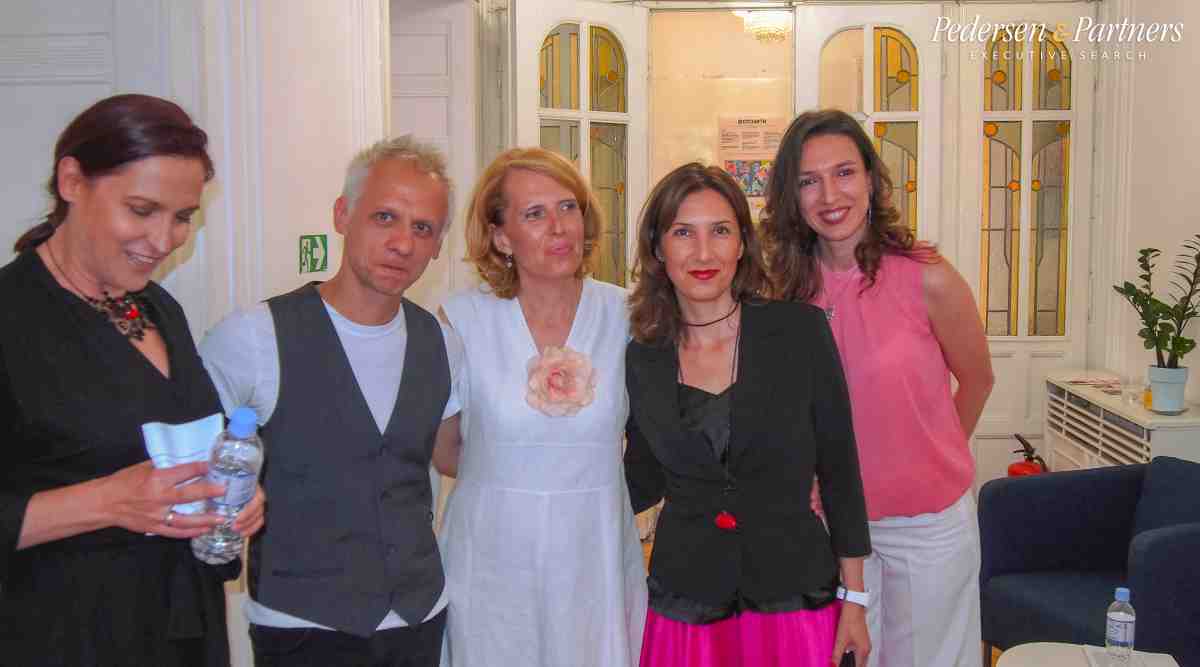 The discussion was moderated by Anna Tsolova – for almost twenty years, one of Bulgaria’s best-known TV journalists and presenters. Not many people know that in addition to their acting careers, Ivan and Margita practice martial arts in their spare time. Although the audience might have expected Ivan and Margita to kick off the discussion by advertising their new artistic projects, the event organisers instead asked the couple to introduce themselves via their favourite sports, namely boxing and fencing. 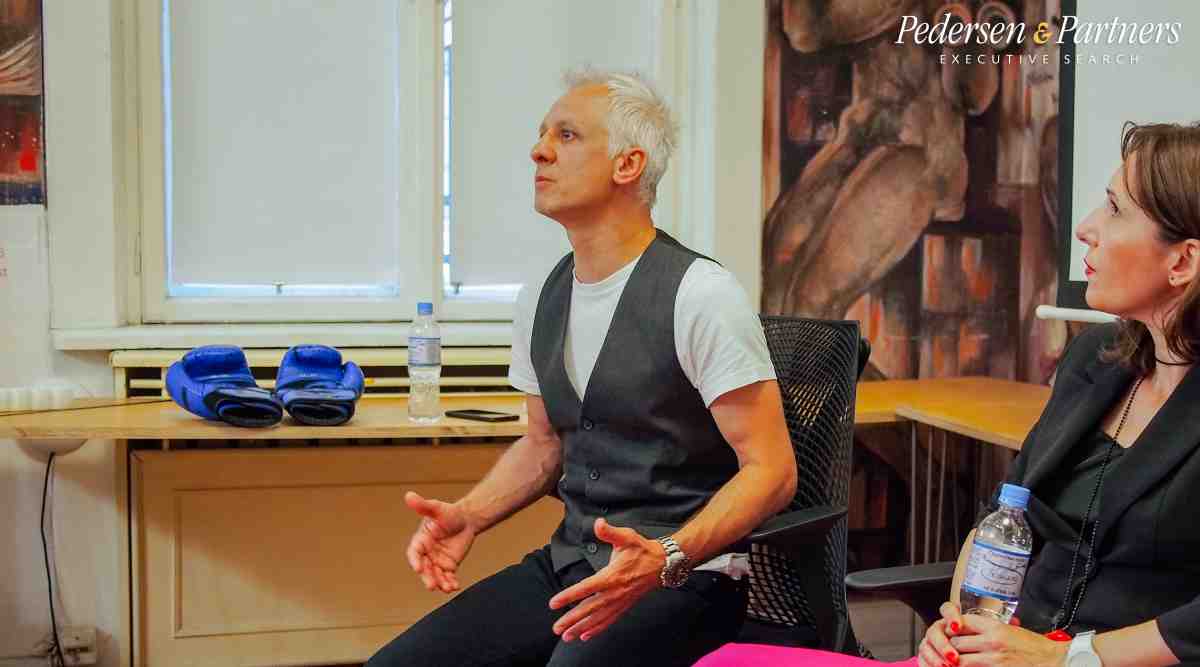 Ivan Barnev, who is mostly known for his impeccable performances in the Bulgarian theatre versions of “Le Dîner de Cons” and “One Flew Over the Cuckoo’s Nest”, shared his thoughts on some of the challenges facing actors in Bulgaria, told some interesting anecdotes about his acting experiences in Bulgaria and abroad, and some candid confessions about the domestic life of two married actors! Margita’s warmth, honesty and eloquence won the audience over as she raised questions about the finances of the Bulgarian film industry. Despite tight budgets, Bulgarian film-makers have had no difficulties in creating meaningful and valuable art projects such as “Urok” (“The Lesson”) and “Slava” (“Glory”) – two movies in which Margita starred, and which were highly appreciated at international film festivals.

The couple captivated the audience for more than two hours due to their intelligent sense of humour, erudition and authenticity. The audience stayed active until the end, and at question time they were eager to know more about Ivan and Margita and their on- and off-stage partnership. The actors readily admitted that they did not generally promote themselves on TV, social media or at other social events, but at this occasion their interaction with the audience was remarkable and skilful. 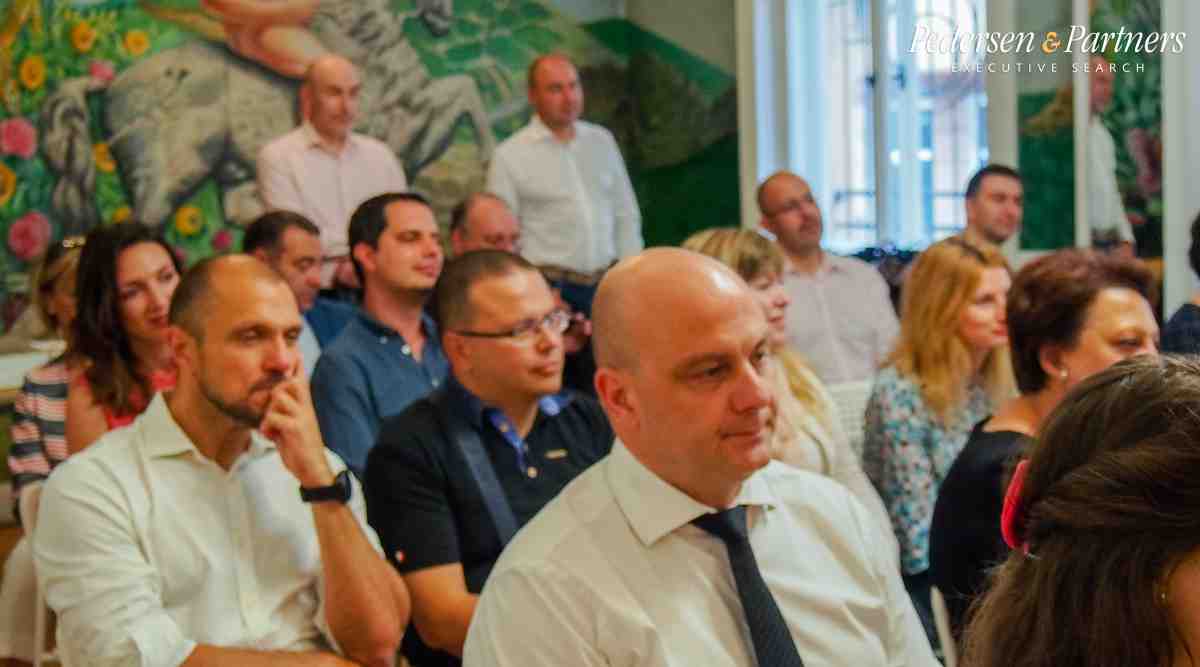 The Pedersen & Partners Sofia “Business Meets Culture” initiative was started as a regular event in 2016, and is hosted by Irena Bushandrova, Country Manager for Bulgaria at Pedersen & Partners. It is organised for the benefit of Pedersen & Partners clients, partners and friends who share the same values and affinity for art. The initiative has many regular attendees who never miss an event. Mr Ivan Rangelov, National Key Account Manager of United Milk Company, was very enthusiastic as a first-time attendee: “This event was the most meaningful and intellectual experience I’ve had over the past few years. Thank you for the opportunity to communicate with such smart and inspirational people, to feel their world and to take a breath of fresh air and a break from my day-to-day business routine.” 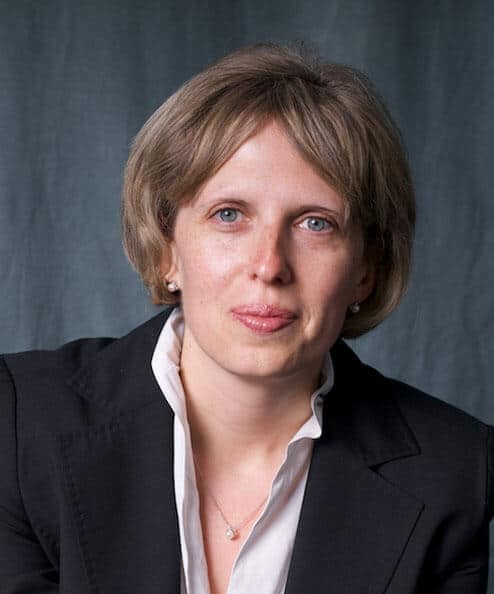 Irena Bushandrova has been the Country Manager for Bulgaria at Pedersen & Partners since 2009. Ms. Bushandrova brings a wealth of senior management experience in the financial services sector having worked in key management roles at ING Bank in Bulgaria for 11 years. Most recently, as Head of Corporate Lending at ING, Ms. Bushandrova oversaw ING’s credit portfolio, managed a team of relationship managers, and actively supported other profit-centers in the bank via product cross-selling. Before joining ING in 1997, she was part of the lending team at the Bulgarian American Enterprise Fund for three years.

Pedersen & Partners is a leading international Executive Search firm. We operate 57 wholly owned offices in 53 countries across Europe, the Middle East, Africa, Asia & the Americas. Our values Trust, Relationship and Professionalism apply to our interaction with clients as well as executives. More information about Pedersen & Partners is available at www.pedersenandpartners.com.

If you would like to conduct an interview with a representative of Pedersen & Partners, or have other media-related requests, please contact: Diana Danu, Marketing and Communications Manager at: diana.danu@pedersenandpartners.com

Leadership outlook on Supply Chain & Logistics in Covid-19 times and beyond, Global Supply Chain magazine
May 25, 2020
In the media
Covid-19: the outlook for FinTech in the Western Balkans
May 12, 2020
Insights
SARS-CoV-2: What’s next for Private Equity?
May 06, 2020
Insights
Customer First: American Mentality in Hungarian Guise, IT Business & Technology
May 06, 2020
In the media
Pedersen & Partners adds Jonathan Whitehead as Client Partner to its ASEAN Team
May 05, 2020
Press Releases